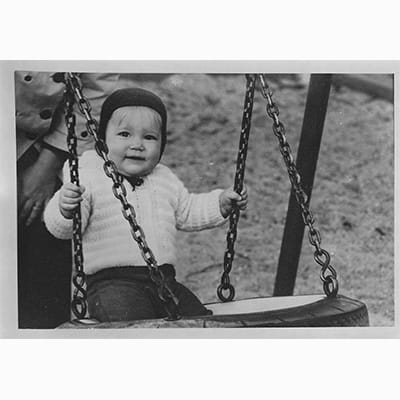 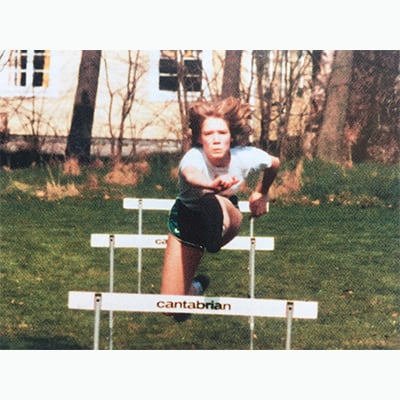 Hurdles
Mia was very active in sports, especially track and field, during her teenage years. Her favorite events were high jump, long jump and hurdles. At age 16 she became a coach to 5-14 year-olds.
1980 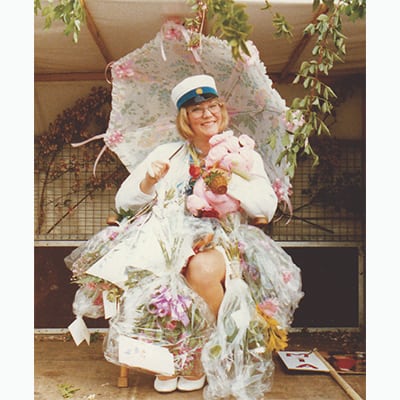 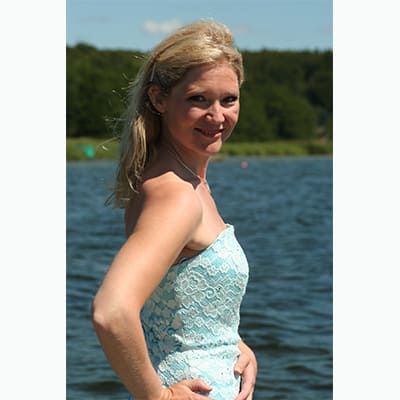 Mia started her education at the Academy of Music in Malmö where she studied a Master's degree in Music Education/ Vocal coaching/ Classical singing. Singing teacher: Evy Bråhammar.
Mia also joined an amateur opera company “Opera Semplice” where she performed many opera parts, from 1990-97. Opera Semplice was founded by opera singer Christian Fürst Myrup. During these years she was also a member of Malmö Chamber Choir (Malmö Kammarkör), conductor Dan-Olof Stenlund.
1990 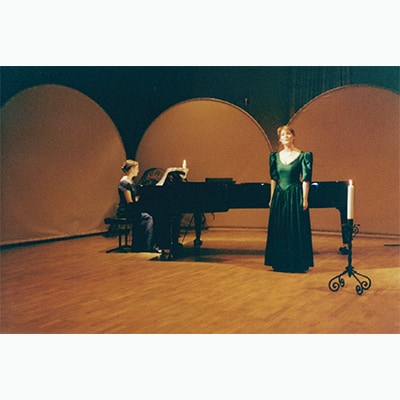 Mia's Graduation concert at Malmö Academy of Music 1994
Mia graduated from the Academy of Music and worked as a music and singing teacher from 1995-98. Her Master's essay was called "With a flute in the throat" (Med flöjten i halsen) and researched the possibility that playing wind and brass instrument could affect the singing voice. The essay was made together with fellow classmate Ann Milesson. Tutor: Anna-Lena Tidemann.
1995 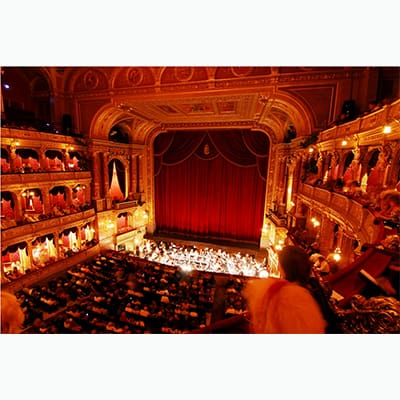 Stockholm Opera House
1998 and the years following were very important years for Mia that changed the direction of her career. She directed, choreographed and vocal coached a children's opera "Klocksjön" at her job as a singing teacher at the music school in Höör. The opera was also performed at the Royal Opera in Stockholm.
Mia then moved to Stockholm to start her education at Kulturama to become a musical theatre performer. The course was for two years but Mia left after only one, due to her first professional contract - as Tuptim in "The King and I"
1998 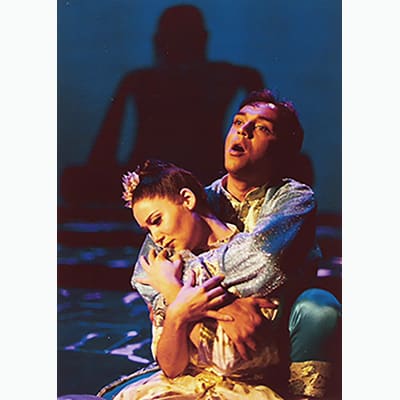 Tuptim and LunTha
Mia got her first musical theatre role as Tuptim in "The King and I" at Slagthuset in Malmö. Here with Tomas Flores as Lun Tha.
1999 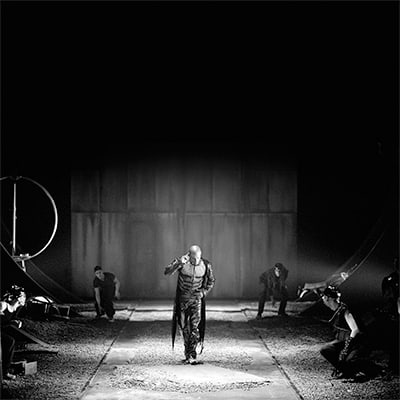 Stjärndamm
"Stjärndamm" – a newly written opera/ musical by Kerstin Nerbe with Kerstin Avemo, Peter Gröninge and Karl Dyall in the leading roles. Mia was engaged as a soprano in a “solo quartet” and was a cockroach :-). This was a collaboration between Folkoperan in Stockholm and Musik i Sörmland and the show was played in an old flight hangar in Eskilstuna, Sweden. 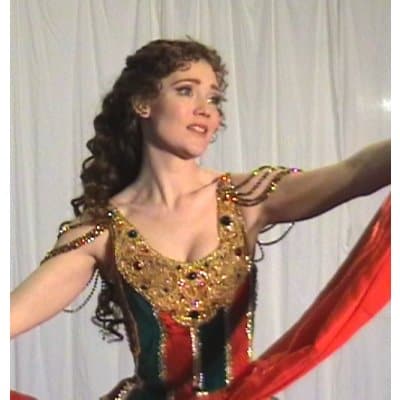 Rehearsal photo - Christine Daaé
"Phantom of the opera" at Det Ny Teater in Copenhagen. Mia was engaged as a swing and understudying Christine 2000-2001. She got to play Christine 5 times. She was also engaged by the theatre to do a lot of extra concerts for their sponsors etc in Teaterkælderen, a venue under the theatre. The show went on to play for another year but Mia left, only to come back two years later.
2000 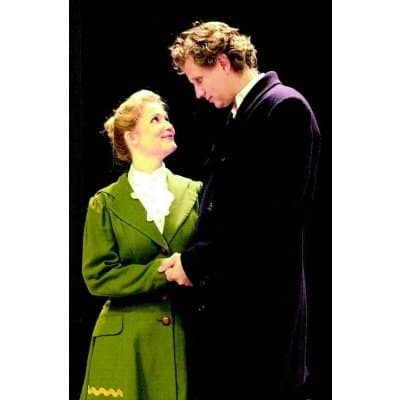 Guldkungen
Mia played the part as Emma in "Guldkungen" opposite Sven Törnell at Karlbergsteatern in Säffle. Here she met Eva Pilat, a mezzo soprano from the Royal Opera in Stockholm, who became Mia's singing teacher. Mia decided to turn down work opportunities and move back to Stockholm to study for Eva, focussing on refining her vocal technique. After approximately two years she was ready to go back to performing.
2001 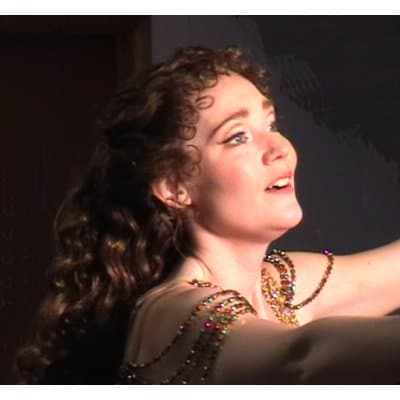 Christine Daaé - rehearsal
Mia was back at Det Ny Teater in Denmark in "The Phantom of the Opera". This time she played the part as the Mirror Bride and had guaranteed shows as Christine - approximately one/ week. She overtook the role as alternate Christine towards the end of the contract.
2003 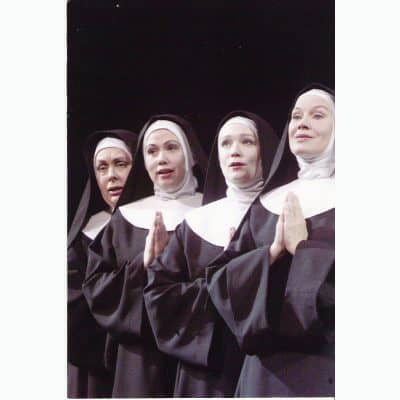 Sound of Music
Mia was offered a new contract at Det Ny Teater for "The Sound of Music" where she played Sister Margaretta and was understudying Maria. Mia was also the vocal coach for the children in the show, in charge of their vocal warm-ups and keeping their harmonies and vocals in good shape. Here with Ulla Sell, Malin Landing and Tove Hyldegaard.
2004 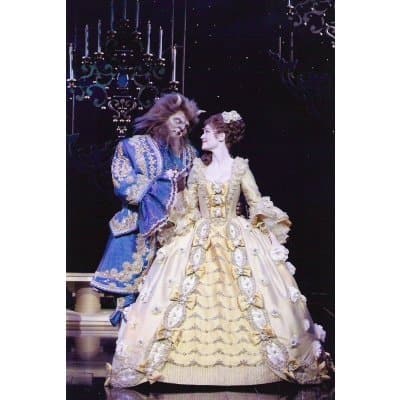 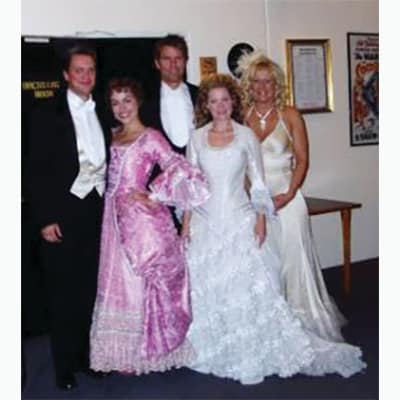 Concert tour
Mia moved to London where she worked as a singing teacher with private students. Her students could be seen in shows like Mamma Mia (UK tour) and Dirty Dancing (West End) to name a few. She went back and forth to Denmark for a tour with a concert program for Danske Bank/ Det Ny Teater together with Mathias Hedegaard/ Peder Jorde/ Tomas Ambt Kofod/ Kirsten Sigaard/ Maria Lucia and pianist Carol Conrad. 2006 and 2007.
2006 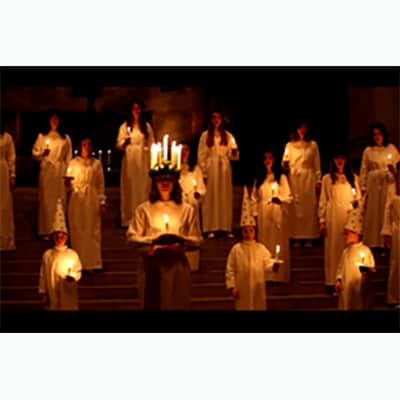 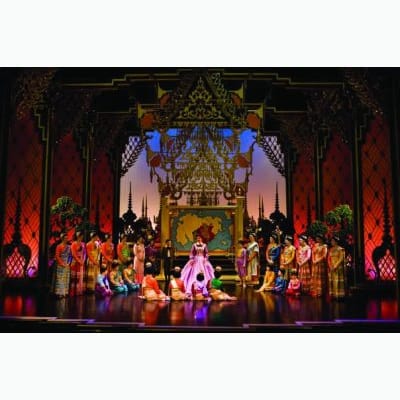 The King and I
Mia moved back to Denmark to play Tuptim (again) in "The King and I". Tomas Ambt Kofod was her Lun Tha this time. In this photo it's Charlotte Guldberg as Anna, Mia as Tuptim, Isabella Kragerup as Lady Thiang, the children and the female ensemble.
2008 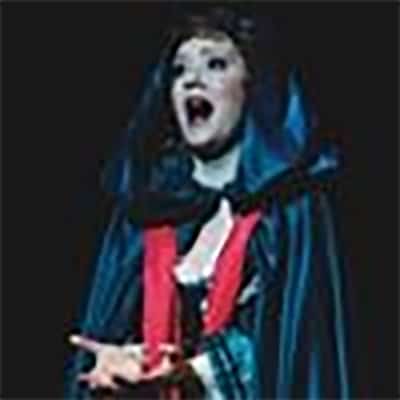 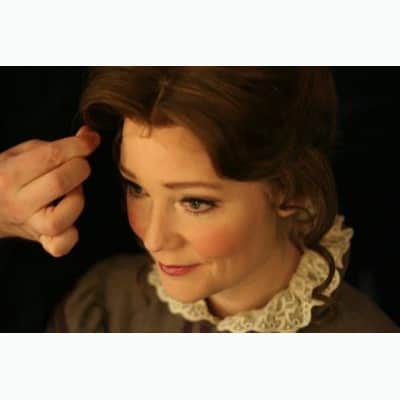 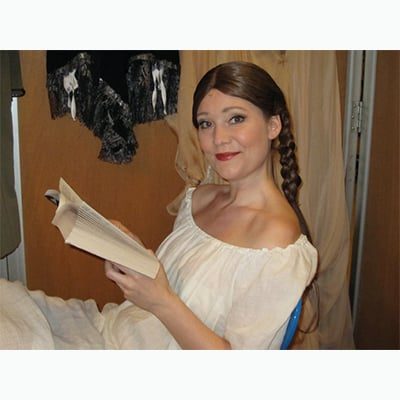 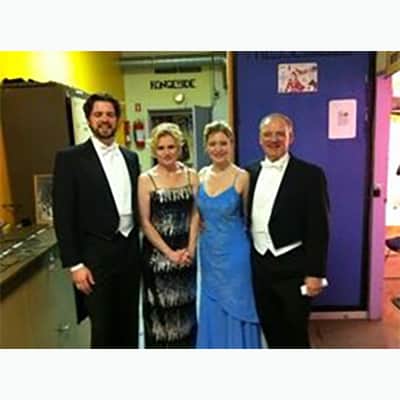 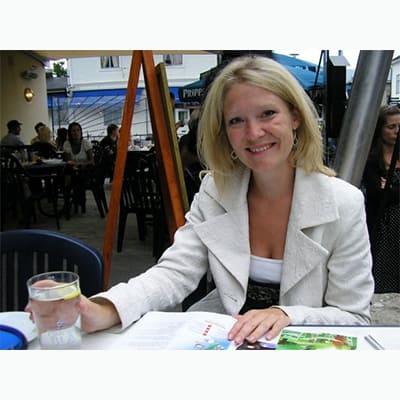 Just me :-)
Mia moved back to London where her boyfriend lived. She worked as a singing teacher, both privately for West End performers, choristers and at a full-time musical theatre school, Stageworks, in St Neots.
2010 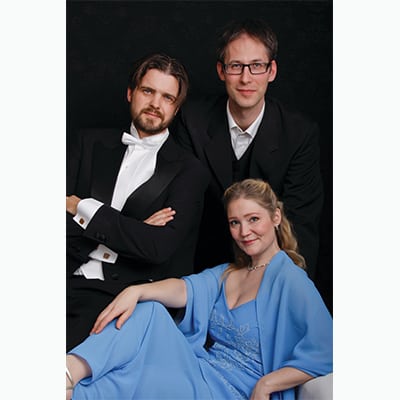 JMT - Johan, Mia and Tomas
A very eventful year. It started off with Mia, Tomas Ambt Kofod and Johan Hugosson performed at a big medical conference at Glasklart, Malmö. They had an exciting number "The Prayer" together with air acrobats Jimmy and Anna. 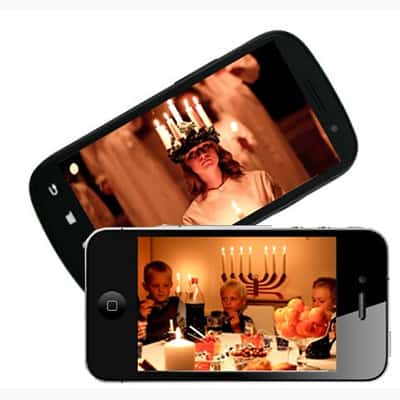 Swedish Christmas on smart phones
Mia created an app “Swedish Christmas” which had 24 episodes with “music videos” showing Swedish traditions and Christmas songs. It was sold at App store and Google play. 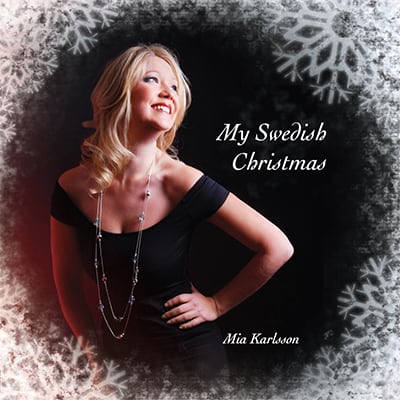 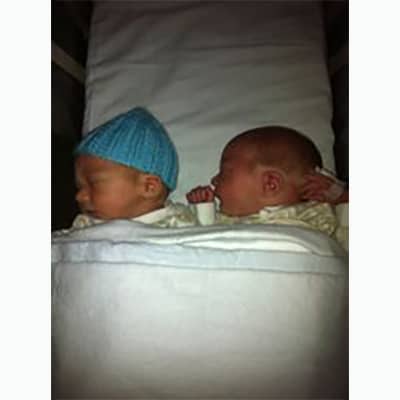 New born twins
The year ended with the biggest event of them all - Mia gave birth to twin boys at the University College Hospital in London.
2011
With the twins only 8 weeks old Mia had her first concerts - New Year concerts with Promenadeorkestret around Denmark and Bornholm together with Trine Gadberg/ Tomas Ambt Kofod and Preben Kristensen. Conductors: Bjørn Hyrup and Henrik Krogsgaard. 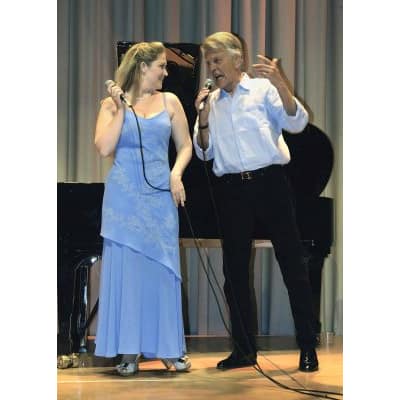 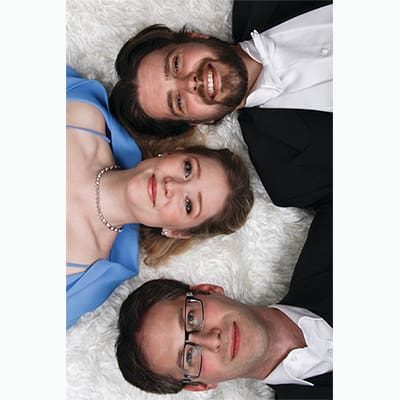 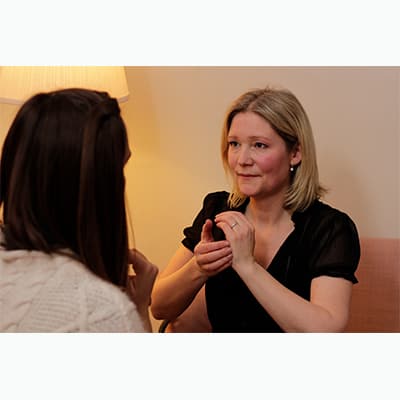 Mia became an EFT (tapping) coach
Mia has always had an interest in the psychological side of performing - how to be able to be at your best when it matters the most. In 2017 Mia became a certified EFT (tapping) coach. She started doing workshops in Peak performance/ Overcoming Stagefright in London.
2017 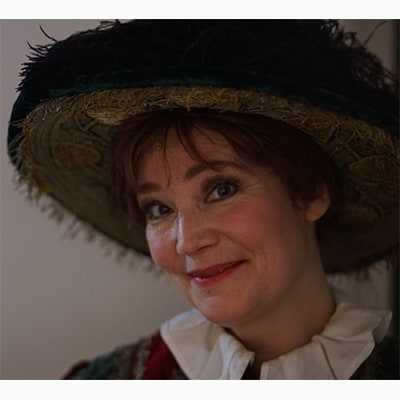 Page in Don Juan - Phantom of the Opera
Another very special year as Mia and her family decided to move back to Sweden. Mia was lucky to get a job again at Det Ny Teater where she worked as a swing in "The Phantom of the Opera". She also coached some of the cast members in singing.
2018 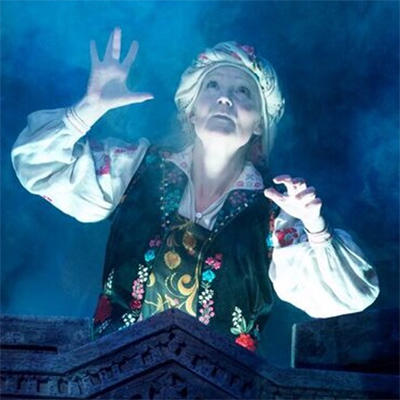 Fruma-Sarah
The Phantom of the Opera continued throughout March. Then in the autumn season, Mia played Fruma-Sarah/ Understudy Yente/ On-stage-swing in Det Ny Teater's production of Fiddler on the roof. Here a photo of Mia as Fruma-Sarah.
2019

Had a lovely coaching/ choir event together with m

There’s a light at the end of the tunnel.. #nofi

By continuing to use the site, you agree to the use of cookies. more information